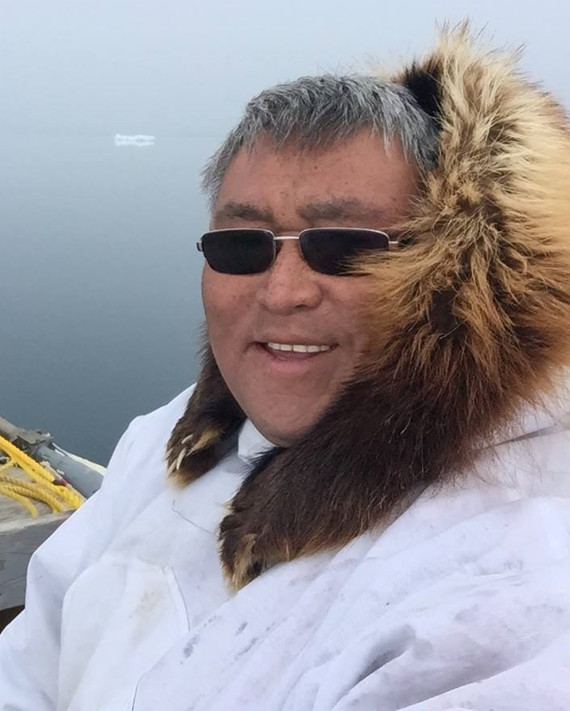 Gordon Ikayuak Brower, a lifelong Arctic resident, is an Inupiaq Subsistence Whaling Captain. He has been working in the Planning Department of the North Slope Borough for 24 years where he is currently the Director of Planning. Gordon is also Chairman of the NS Port Authority, Chairman of Region 10, a local fisherman, a mitigation advisory Committee Chairman and has been a member for over 20 years of the Federal Subsistence Advisory Council. Additionally, he has also served as the permitting and zoning manager from 1999-2004. He has six children and lives in Utqiaġvik, Alaska with his partner Sharon Miller. 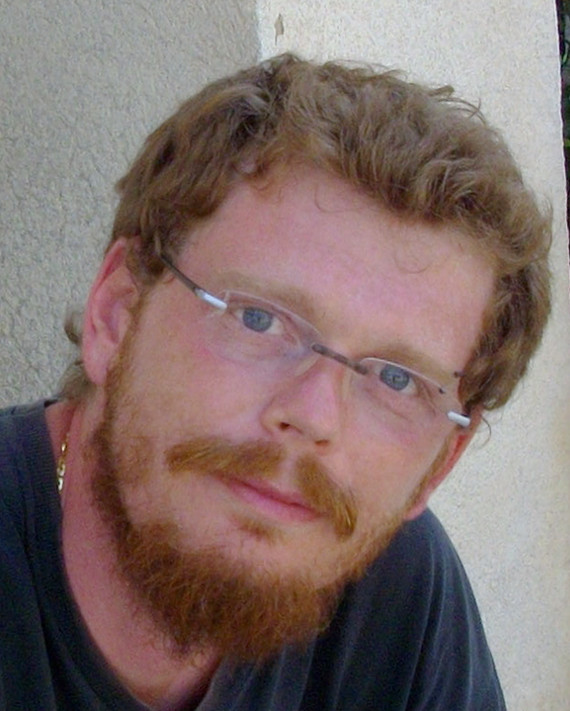 He has been working at the Earth and Space Science Informatics Laboratory (ESSI-Lab) of the National Research Council of Italy (CNR) since 2007. His main research interests are semantic discovery, and environmental models interoperability. He is responsible of the GEO Discovery and Access Broker operational environment. 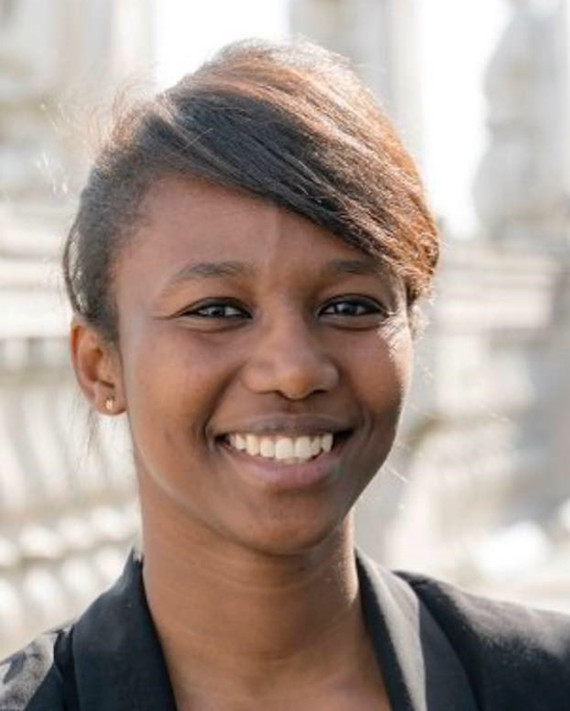 Noon Altijani Osman Abbakar is a Sudanese Physician with an interest in healthcare delivery and systems in low and middle income countries (LMICs). She is a Clarendon scholar currently pursuing her doctoral studies at the Nuffield Department of Population Health. Noon aims to work closely with the Sudanese ministry of health in conducting her research, which aims to improve maternal health provision, through developing evidence-based contextual review tools. Prior to starting her DPhil, Noon studied for an MBBS at Ahfad University for Women in Sudan, and an MSc at the University of Oxford. She worked in areas of clinical medicine, population health research, and community engagement in Sudan, South Africa, and the United States of America. Her other interests include: human rights, refugees and forced migration, she was the first Sudanese co-recipient of the UNHCR HQ youth initiative fund and co-founded the first society that supports urban refugees and asylum seekers in Khartoum-Sudan. Outside of her DPhil, Noon is very involved in extra-curricular activities and college life. 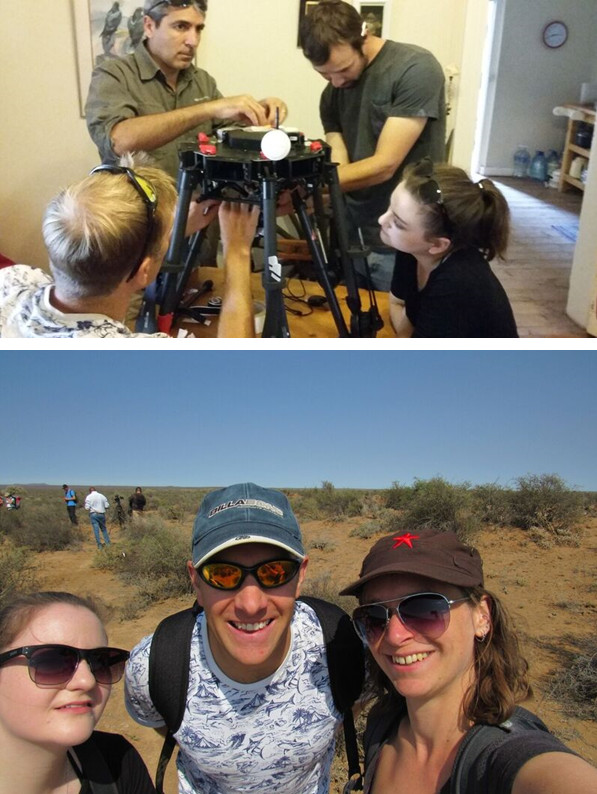 The Astro-Ecology team at Liverpool John Moores University are building on technological and software innovations in astronomy and machine learning, with the aim of developing a fully-automated drone system that can detect, identify and determine the health of animals from aerial video footage. The goal is for the system to be very low cost, robust, simple to operate and so user friendly that local communities in developing countries with no technical background can operate it independently. We are currently taking our drone plus camera system to different locations around the globe and working with local rangers/researchers to help monitor and project some of the most critically endangered animal species on the planet.". 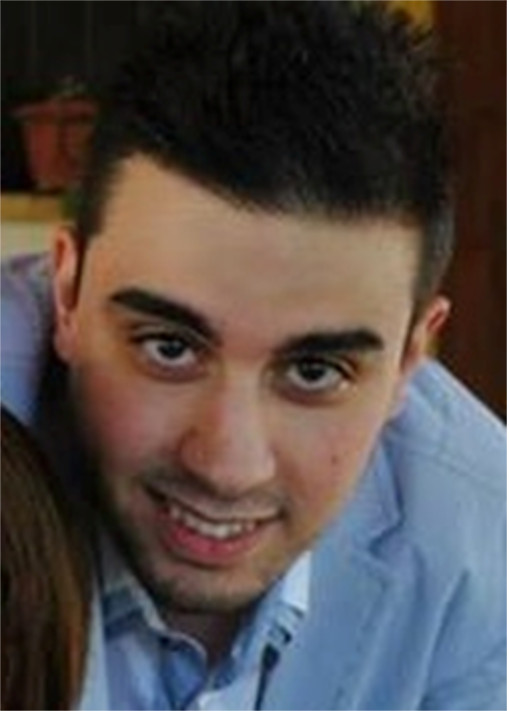 Alessio Torraco is a Computer Science student specializing in Robotics and Automation at University of Rome - Tor Vergata. His main field of interest is Control System Design and Programming, but also Electronics (With an Emphasis on Microcontrollers). He began programming in C during high school and has since expanded his languages to Java, Python and the programming environment of Matlab and Simulink to tune and design PID controllers. His first project at the University covered designing User Interfaces to control robotic arms as well as implementing algorithms to control them. Later on, he started working on Speed Control of DC motors using microcontrollers and developed interest in Electronics.

Hands-on science motivated him and always had a 'cool' factor that got him hooked. What he likes the most about Electronics is the fact that there is no limit to what can be done. It gives many options to explore and following the never-ending journey of riddles and problem-solving was always exciting to him. He spends his spare time experimenting with DIY projects and studying anything that crosses his mind! He also enjoys sports and motorsport.

He recently joined ESA/ESRIN (EOP-GEE) as trainee and he will be working on a diagnostic tool for permanent magnet DC motors using Raspberry Pi and Arduino. Moreover, he will be running an Arduino Workshop that will take place during the GEOSS/HACK. He built several Weather Stations that could give localized information relevant to communities' needs. The project is cost-effective and can be further extended with other platforms so that on-site users can access weather information, take geolocalized pictures for mapping and visualize the information on a computer or mobile communication systems. 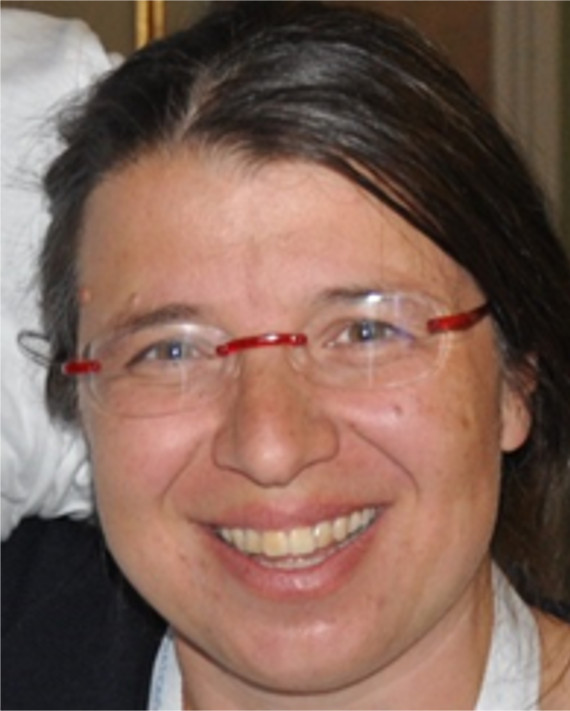 She later brought her GIS and Remote Sensing competencies to the United Nations Specialized Agencies of Food and Agriculture Organization (FAO) and World Food Programme (WFP) to ensure Earth Observations are used for decision making in developing countries.

She has been instrumental in establishing and training local staff in Web-based Spatial Data Infrastructures in order to increase timely data discoverability and accessibility.

After 12 years of applying her skills within the UN System, she transitioned to the private sector where she worked for Esri Inc, as a solution engineer in support of United Nations and NGO GIS / Remote Sensing related projects. 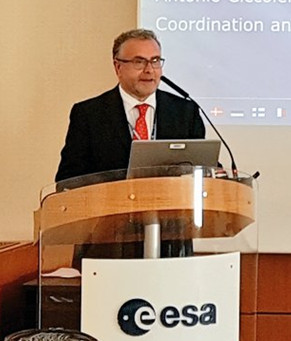 Antonio Ciccolella is the Head of the System Architect Office in the Directorate of Earth Observation at the European Space Agency. He received the Master and the Doctor of Philosophy degree in Electronic Engineering the Politecnico di Torino (Italy), with majors in Electromagnetics. He was employed at Alenia Spazio as electrical system engineer from 1987 to 1992. Then he joined Electromagnetics Division of ESA, Technical Directorate, where he has been supporting and testing several space projects in electric system disciplines, among which Cluster, Rosetta, Mars and Venus Express, Artemis, the Columbus module of the International Space Station, the Automated Space Vehicle.

From 2000 to 2006 he was leading the Electromagnetic Compatibility and Antenna Measurement Section of ESTEC. In 2006 he moved to the Directorate of Earth Observation, to be the coordinator for the Space Segment of Copernicus, formerly known as GMES, where he has contributed to define the architecture of the programme and the relevant cost estimates. His present tasks entail establishing and maintaining a reference architecture for European EO systems, encompassing research missions (e.g. Earth Explorers), Copernicus missions, meteorological missions, (multi-lateral) national and commercial systems, non-orbiting platforms (e.g. High Altitude Pseudo-Satellites, HAPS) and in-situ assets. His interests are mainly system engineering, strategic analysis and civil security. 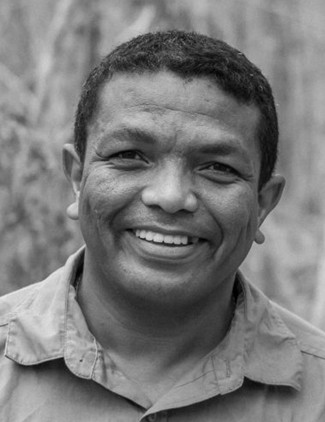 Within the conservation community Dr. Herizo Andrianandrasana is emerging as a leader in developing practical conservation solutions through community and scientist-led monitoring of forests, wetlands and species. Herizo has developed his own vision; local communities actively engaging in conservation through locally-led monitoring, decision-making and rule application. Madagascar remains in the midst of an environmental crisis. Herizo now leads programmes across seven globally important conservation areas, four forest and three wetland sites, with a combined surface area of 3,500 km2.

Herizo is a driving force behind integrating local people into conservation management and monitoring in Madagascar. His conservation activities fall into two categories:

Herizo now runs the largest programme of village-based monitoring in Madagascar. These approaches are at the centre of Madagascarʼs strategy for ensuring forest and wetland conservation can be taken to scale and is sustainable when resources are so limiting and the pressure on biodiversity so overwhelming.

In one of the poorest countries in the world, with few livelihood options and low capacity for enforcing environmental protection, community-based conservation is seen as a sustainable solution. Key to this programmeʼs success was Herizoʼs participatory method of measuring results which ensured transparency. He promoted the role of communities in enforcing dina (local community laws) around uses of ecosystems with monitoring patrols reporting rule breaking to village authorities who then apply sanctions. This was the first participatory monitoring of its kind in Madagascar and today involves 461 local monitors from 81 villages across 5 conservation areas.

Herizo demonstrates enthusiasm, leadership and a real contribution to enhancing community based conservation in Madagascar. He is a potential leader amongst young Africans in highlighting the importance of wildlife conservation towards sustainable development. 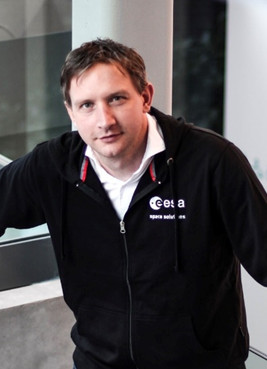 Martijn Leinweber connects, supports and directs chance meetings. As community manager at Space Business Innovation Centre Noordwijk he supports startups that use space technology for #downtoearth applications in the Rocket Program and ESA BIC Noordwijk. Mentor for space3ac, Copernicus Accelerator and Startup Weekend Utrecht and the host of ActInSpace and the European Satellite Navigation Competition in the Netherlands. Martijn is passionate about startups, hospitality and sports.